HOW TO LOWER YOUR CHOLESTEROL WITHOUT DRUGS from Harvard Medical School 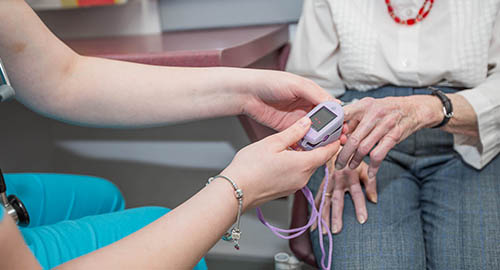 You can begin to reduce your “bad” LDL cholesterol by making a few simple changes in your diet.

If your cholesterol is creeping upward, your doctor has probably told you that diet and exercise — the traditional cornerstones of heart health — could help to bring it down. And if you’d prefer to make just one change at a time, you might want to begin with your diet. A major 2012 analysis of several controlled trials involving hundreds of men and women found that dietary changes reduced LDL and total cholesterol while exercise alone had no effect on either. (However, adding aerobic exercise did enhance the lipid-lowering effects of a heart-healthy diet.)

The people in the studies followed a variety of diets, from Mediterranean to low-fat to low-calorie. However, the most effective diets substituted foods with cholesterol-lowering power for those that boost cholesterol. According to Kathy McManus, director of the Department of Nutrition at Brigham and Women’s Hospital, eating with your LDL in mind doesn’t have to be an exercise in self-deprivation. While you may have to say goodbye to a few snacks and fast foods, you can replace them with others that are equally satisfying. “You don’t have to follow an all-or-nothing approach. It’s really a matter of common sense,” she says. She suggests a few ways to start getting your cholesterol under control.
There is so much evidence implicating trans fats in heart disease that the FDA has proposed removing the “generally recognized as safe” designation from them. “The first thing we do when I’m counseling patients is to go over all the sources of trans fats in their diet and make substitutions,” McManus says.Weed out the worst fats

Trans fats are created by adding hydrogen to a liquid fat to help it solidify. Food manufacturers started using trans fats because they extend the shelf life of packaged baked goods. Fast-food purveyors took to them because they can be reused again and again. Although public pressure has forced the food industry to phase out trans fats, they haven’t disappeared entirely. To avoid eating them inadvertently, scrutinize the labels on food packages before you put them in your shopping cart. If you see “partially hydrogenated” in the list of ingredients, pass that product by. If trans fats aren’t banned from restaurants in your area, ask if the cook uses partially hydrogenated oil before you order.

Saturated fats and dietary cholesterol, which are derived primarily from animal products, aren’t exactly heart-healthy, but it’s all right to eat them in small amounts. McManus says that because eggs are such a good source of nutrients, it’s okay to have as many as four yolks a week and whites as often as you like. She also gives a nod to red meat, shrimp, lobster, high-fat cheeses, butter and organ meats — but only to small portions of each one every couple of weeks or so.

Eat more of the better fats

Fruits and vegetables have scads of ingredients that lower cholesterol — including fiber, cholesterol-blocking molecules called sterols and stanols, and eye-appealing pigments. The heart-healthy list spans the color spectrum — leafy greens, yellow squashes, carrots, tomatoes, strawberries, plums, blueberries. As a rule, the richer the hue, the better the food is for you.

Don’t be too refined

Whole grains are another good source of fiber. Instead of refined flour and white rice, try whole-wheat flour and brown or wild rice. Old-fashioned oatmeal is also a good choice, but not the quick-cooking versions, which have had much of the fiber processed out.

And don’t substitute sugar for fat. “It’s one of the worst choices you can make,” McManus warns. Food manufacturers may boost the sugar content of low-fat salad dressings and sauces to add flavor. If you see sugar, corn syrup, or any word ending in “ose” near the top of the list of ingredients, choose a higher-fat version without trans fats instead.

All fats, whether good or bad, have nine calories per gram — about 100 calories a tablespoon. While you switch to a heart-healthy diet you may need to keep tabs on your calorie intake for a while.